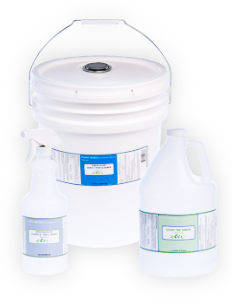 Cleaning Your Grow Space
Should Not be a Chore

Commercial vertical growing systems are groundbreaking solutions for gardening under modern constraints in a new era of urbanization.  Indoor vertical farming require only a fraction of the acreage and use only a fraction of the water (anywhere from 90% to 97% less) than traditional farms do.  The goal of vertical farming systems isn’t just to save space; it’s also to find a more economical way of producing food for the growing population and to reduce the cost and consequences of getting that food to where people actually live.  Vertical Farming Equipment create “farms” where plants are stacked in trays on shelves, instead of laid out horizontally across larger plots of land.  In these structures, plants don’t rely on sunlight, rainwater, or pesticides, but LED lights and minerals instead.

Our vertical farming equipment for these tightly controlled climate and light conditions include: Vertical farming equipment sprout up in old warehouses, shipping containers, and small skyscrapers in New Jersey, South Korea, Germany, India, and Dubai – places where traditional farming is either difficult or impossible due to climate, population density or the land itself.  Think of Houston where sprawling commercial and residential developments were built on top of a swamp, making large-scale outdoor farming virtually impossible.  Commercial vertical growing systems are the answer.

Vertical grow systems consist of columns of vertically stacked growing trays or shelving in large warehouse-type structures.  The vertical farming movement started out with leafy greens such as lettuce, kale, and arugula, but is expanding to a much wider variety of fruits and vegetables. View our line of heavy-duty mobile racking systems for Indoor Vertical Farms.
SUBSCRIBE TO NEWSLETTER

Keep it Clean with our Plant-Based Cleaning Products